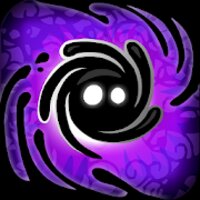 Nihilumbra (MOD, Unlocked) - An atmospheric arcade simulator for android that will take the player to a completely parallel universe. The essence of the game is to help the main character escape from the impending curse, skillfully bypass all the obstacles that are located along the way and also do not forget about the search for secret passages or paths. At this time, the game has more than 20 unique locations as well as 5 worlds, and high-quality soundtrack will immerse the player into the gameplay as much as possible.

Obb for the game Nihilumbra v3 (MOD, Unlocked) unpack from archive into /sdcard/Android/obb/