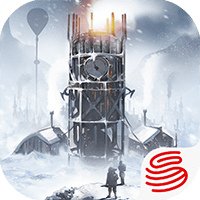 Frostpunk: Rise of the City - An atmospheric strategy simulator for android devices that will take the player to the near future. The plot of the game takes place during a great global cataclysm, which slowly but surely turns our planet into one large icy block, the remnants of humanity make a desperate decision to leave their habitat and go in search of a safer refuge. You are also assigned the role of the leader of one of the groups represented in the game, the main task in the game is to survive in such harsh times. Find a shelter, then immediately start construction and send special squads in search of valuable resources and materials. It is also worth noting a wide range of possibilities for construction, erect heating structures and storage facilities in which quickly flammable resources will be stored.

Obb for the game Frostpunk: Rise of the City v0.0.60.62653 unpack from archive into /sdcard/Android/obb/