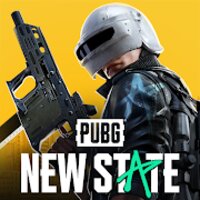 PUBG: NEW STATE - Is the most ambitious development from the famous PUBG Studio. Meet the all-new game of the Battle Royale genre, in the game, as before, will lead a fierce battle up to 100 players, all the action will take place in highly detailed locations, with global illumination technology. The size of these locations will be more than 8 by 8 km, it is also worth noting the possibility of interaction with various vehicles, as well as new aircraft. The essence of the game remains the same, there should be only one survivor, create your own winning tactics using only the best and most advanced weapons. Also, the developers paid attention not only to the new game modes, which will certainly brighten up your loneliness, but were added and completely new mechanics of the game, one of which is a request for support and evasion from enemy drones, the action itself takes place in anarchic 2051, where there are fierce battles between a multitude of factions and factions.