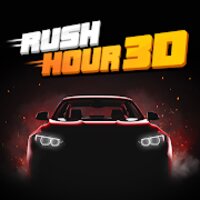 Rush Hour 3D (MOD, Unlimited money) - An entertaining racing simulator for android, in which you have to fight for the title of the best racer in Rush Hour. Take control of your car and try to get to the finish line first and with minimal damage. The main feature of the game is multiplayer support, which provides an opportunity for any player to fight in skill against his opponent from the other end of the world. The game has beautiful 3D graphics with colorful special effects and good destructibility, special attention should also be paid to a large fleet of vehicles, while completing tasks, unlock new types of transport, which differs not only in appearance but also in characteristics.