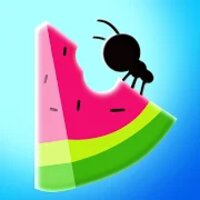 Idle Ants (MOD, Free shopping) - A futuristic arcade simulator in which you have the opportunity to take control of an entire ant colony. Create your mighty empire, which will consist of millions of your tiny subordinates. Control an ever-growing colony, study new species and also give them commands to eat all living things in their path, including other insects. Travel across various colorful locations, which at the end of the storyline will lead your army to the big city of people.