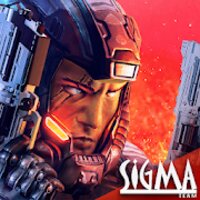 Alien Shooter 2: The Legend - It is the continuation of the legendary first series, which has undergone many improvements and improvements. The developers decided to please the loyal fans of the series with a completely new version of the popular sequel, which has acquired completely new graphics, dozens of new weapons, including protective drones, which will accompany the main character at any time and prevent the approach of enemies. It is also worth noting a completely new mode that will allow you to fight and measure your strength with other players in a specially withdrawn arena, hone your skills, earn in-game currency, as well as special experience that will help develop the unique abilities of the main character, it all depends only on the player's choice. The game also boasts a long 10-hour campaign, many maps and locations for online battles, and of course, many unique opponents who will attack allied fortifications from time to time.

Obb for the game Alien Shooter 2: The Legend v2.4.10 unpack from archive into /sdcard/Android/obb/