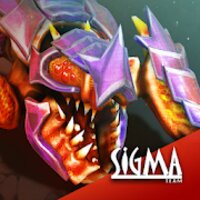 Alien Shooter - Last Hope - The plot of the game will take the player to the very near future, in which the war with monsters is only gaining momentum. Humanity is practically exhausted, constant attacks and a lack of resources are making themselves felt. Take control of a talented hero who will go to the very lair of the enemy to find and destroy the queen of opponents. The game received 10 completely new chapters, with its own unique storyline and tasks, weapons were not left without attention, which has undergone many improvements and introduced a huge variety of tactical maneuvers, there are also stationary turrets in the game that you can carry with you for a special occasion, and in case of great danger, activate it directly during the battle. Get into the secret research center where it all started, look for supplies and valuable materials in the form of secret caches that will help improve your weapons and also provide an opportunity to use classified weapons. Destroy monsters, turn the tide of war, giving humanity a small chance to win.