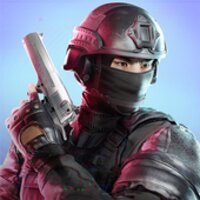 Standoff 2 - It is a logical continuation of the first version of the game, which received a huge number of innovations and improvements. Plunge into dynamic battles against real players from all over the world. Hone your skills with a variety of weapons to be always ahead of your opponent. The novelty has acquired a large number of new functions, as well as a new mode, referred to as rating battles, a large amount of weapons, and also received updated locations, which brought in many corrections and improvements.

Obb for the game Standoff 2 v0.16.6 unpack from archive into /sdcard/Android/obb/