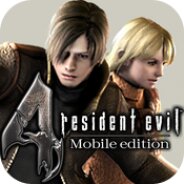 Resident Evil 4 Remastered - It is a remake of one of the most popular parts of the Resident Evil series. The new version received not only completely redesigned textures and locations, but also brought new opponents and several innovations in the form of unique mechanics. The plot as well as the playable characters remained unaffected, fans of this series of applications will definitely be delighted!