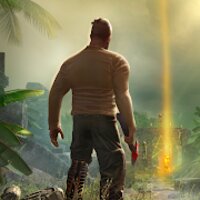 Survivalist: invasion (MOD, Unlimited money) - game about survival on the island with RPG elements for Android. According to the plot of the game, you came to an island on which the organization conducts experiments on people creating terrible things, the goal is to survive and adapt to the environment, despite the fact that it could be dangerous.