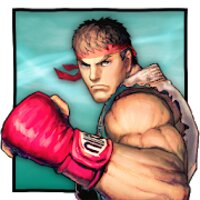 Street Fighter IV Champion Edition (MOD, Unlocked) - Popular multiplayer fighting game for android devices. Take control of one of the 32 characters presented in the game, and then try to get a streak of victories over your opponents. Special attention should be paid to the unique abilities of the characters, each of which has its own fighting style and special power attacks. Combine abilities to achieve maximum effect.