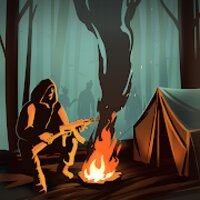 Dawn of Zombies: Survival (MOD, Free Craft) - Immerse yourself in a fierce world that has survived the worst nuclear war, Dawn of Zombies is a real survival simulator in which you need to not only collect vital supplies, but also fight hordes of opponents who roam the scorched earth in search of prey. Take control over one of the several game characters presented, go through all the tests that you will meet as you progress through the game, try not to attract too much excessive noise and attention, as bloodthirsty monsters go hunting late at night. The essence of the game is to guide the protagonist through all the trials and find a peaceful city, which is rumored to be hidden in the middle of the wasteland and protected from any enemy invasions.

MOD INFO
Complete the tutorial without using the MOD functions, and then restart the game!
Obb for the game Dawn of Zombies: Survival v2.83 (MOD, Free Craft) unpack from archive into /sdcard/Android/obb/