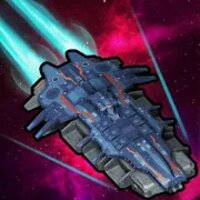 Star Traders: Frontiers (MOD, Unlocked) - Space arcade simulator for Android in which you have to take on the role of the captain of a space starship. Gather your own team to control the ship, explore the vastness of the galaxy and also fight against many opponents. Customize your own spaceship of your choice, choose from over 350 modifications and 45 ship hulls to build your own impenetrable flying fortress.