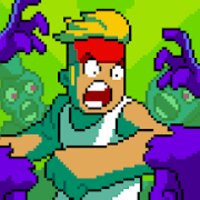 Kung Fu Z (MOD, Unlimited Money) - An arcade game for Android, in which you have to fight many bloodthirsty zombies on the streets of your hometown. Your task is to save humanity from death, as a result of failed experiments, scientists have developed a completely new vaccine that repels any infections and diseases. After a while, the locals began to turn into real zombies. Use only fistfight to destroy zombies and free the streets of your city from opponents. For the received coins, you can improve the hero by pumping both unique skills and increasing his stamina and power of blows. The game has a large number of interesting and exciting missions, as well as many unique bosses, the battles with which will not be as easy as players expect.