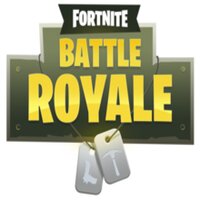 Fortnite - Battle Royale (MOD, GPU Fix/Devices Unlocked) - A colorful and dynamic battle royale. The essence of which is to remain the last survivor in a large location. Before starting the game, create your character, choose a unique appearance and emotions for him, fight with dozens of players from all over the world, look for supplies and weapons that are scattered throughout the map. Separate attention should be paid to the number of weapons in the game, at this time there are more than a hundred types of it, which you have to use to destroy as many opponents as possible. The player will have a limited time and number of revivals for all actions. Join a multi-million army of fans, fight in a wide variety of locations, get prizes and share your achievements with your friends!