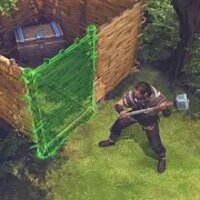 Stormfall: Saga of Survival (MOD, No Hunger) - A spectacular action game for Android, which is made in a similar style to the popular Last Day on Earth. The essence of the game is to teach your character the basics of survival in a very dangerous world, which is drowned among the wars and a lot of mutants. Look for valuable materials and other useful gadgets, and do not forget about building and strengthening your shelter, which will shelter the player not only from enemies, but also from the encroachment of other players. Travel to other regions while completing secondary quests.