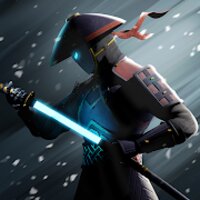 Shadow Fight 3 - Exciting action game on Android, which is a continuation of the sensational second part of the game. Take control over a shadow warrior who has to go through many battles, save humanity from an ancient evil that has awakened and brings only devastation and chaos. Fight hundreds of opponents, defeat bosses and apply all possible magic that the main character possesses. As you progress through the game, gain experience and valuable resources, for which you can not only improve the weapons of your hero, but also speed up the passage of difficult opponents.