Injustice: Gods Among Us v3.4 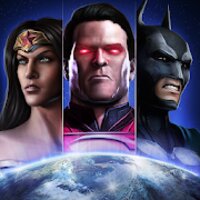 Injustice: Gods Among Us - An exciting simulator of battles of the most famous heroes with super villains. Choose your hero, and then go to a very dangerous world filled with dozens of opponents. In addition to dynamic battles with enemies, the player also has the opportunity to test his abilities on real players, this game will be able to surprise you not only with beautiful graphics and pleasant soundtrack, but also with a large collection of in-game characters, each of which has his own unique skills and super abilities.

Obb for the game Injustice: Gods Among Us v3.4 unpack from archive into /sdcard/Android/obb/