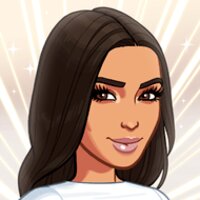 Kim Kardashian: Hollywood (MOD, Unlimited Money/Stars) - Create your own well-known star with your own history, travel to numerous countries along the way, occupying the highest ranking places on the leaderboard. But before starting a stellar career, you need to gather your small loyal fan base. Also, do not forget about the timely purchase of new costumes that will not only match your image at a particular performance, but also win the hearts of millions of fans from all over the world. One of the most important features of the game is the multiplayer support, in which you can invite your friends to the brightest costume parties.