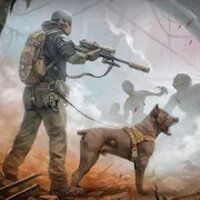 Live or Die: Zombie Survival (MOD, Unlimited money) - This game will provide players with the opportunity to plunge into dynamic battles that take place several years after the nuclear war, a flourishing and violent world has turned into a ruthless harsh wasteland. You play the role of a survivor who woke up after a long sleep in an escape pod, look for supplies and a variety of weapons that will help you defend against most enemies. Also, do not forget about the timely pumping of unique characteristics, which will not only help in the future to carry a heavier load over long distances, but also stay on the surface longer.