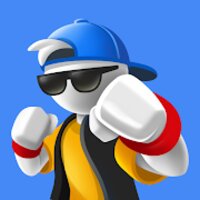 Match Hit (MOD, Unlimited money) - A funny arcade fighting game for android, in which you have to take control of a little-known hero who has to defeat a large number of opponents on his way. As you progress through the game, pump your endurance and strength skills, this will allow you to deliver not only stronger blows to your opponents, but also provide an opportunity to resist the real bosses of a large metropolis. The game is made in colorful graphics and has the usual game mechanics, to strike, connect as many objects as possible on the in-game field, and after a successfully completed location, do not forget about the timely pumping of your character's abilities.