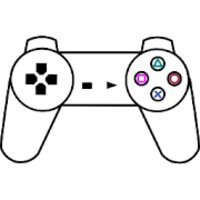 ePSXe - It is one of the best emulators for game consoles at this time, according to the developers, the emulator has great compatibility with a large number of games. It is worth paying special attention to the possibility of playing at once for several players on one device, as well as support for bluetooth or usb joysticks. The player can always customize the on-screen keyboard and on-screen buttons to suit their preferences. The application has a very flexible interface and relatively light weight for such functionality.